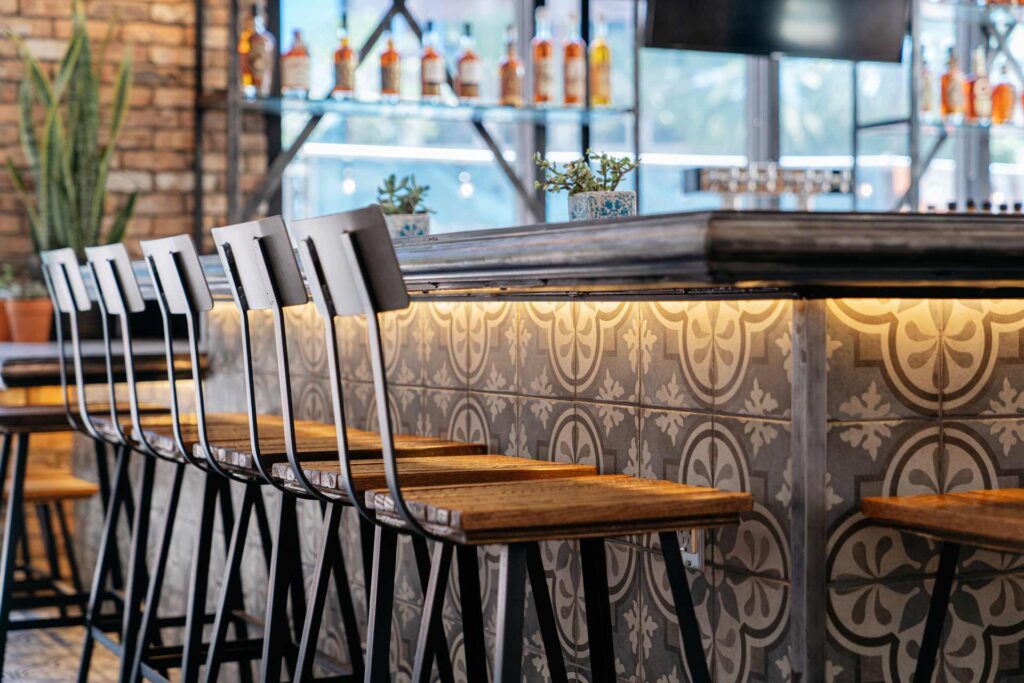 Critic Brad A. Johnson says despite the pandemic, great restaurants have opened this year.

New restaurants don’t just open overnight. Most involve years of planning and months of consternation. Delays are inevitable. Permits take forever. So when the doors finally open it’s always a massive relief. But if you had told any prospective restaurateur in mid-2019 that a global pandemic was about to whammy the entire economy and make it next to impossible to open a new restaurant in 2020, most surely would have opted to take a gap year. If only. Once that ball is already rolling, there’s often no turning back. And that’s how we ended up with these five new restaurants in 2020 that not only raced headfirst into a pandemic but somehow, miraculously, became some of the hottest new restaurants we’ve seen in years.

Chef Justin Werner quietly honors the Lowcountry cooking of South Carolina, using ingredients and flavors of the South to create a delicious narrative that involves cornbread, creamy grits, sweet potatoes, pork jowl and baby green tomatoes, mostly in ways that defy Southern stereotypes. The chef (who previously cooked at Playground) has an obsession with textures and the interplay of sweet, spicy and sour.

Werner’s partner in Porch & Swing is Charleston, South Carolina, native Andrew Parish, a bartender who previously ran the short-lived Dry Society in Mission Viejo and Central Bar at The District in Tustin. His mixology is superb.

The restaurant is tucked between the office towers of the Centerview business complex in Irvine, just off Main Street. The indoor/outdoor space includes a large wraparound patio that overlooks a reflecting pool and lush green plaza. 2010 Main St., Irvine, 949-418-7988, porchandswing.com

Chef Susumu Ii operated a sushi restaurant in Fountain Valley for about 17 years called Kasen. He closed it in 2017 and returned to Osaka for a year or so to re-immerse himself in the sushi culture in which he originally apprenticed.

Refreshed and reinvigorated, he has returned with Sushi Ii, the most glamorous sushi restaurant ever to open in Orange County. The intimate restaurant is tucked away on the second floor of a newish plaza at the corner of PCH and Dover Drive.

The menu is omakase only, meaning the chef decides what you’ll eat, although you do get a limited say in how many courses you wish to enjoy. (They also offer takeout sushi boxes for now.) Dinner begins with something cold and slippery, like enoki mushrooms and abalone, followed immediately by something warm, like steamed cod and grated daikon in a dashi broth. After that comes sushi, including Osaka-style box sushi, which is perfectly square. Note: They do not make any California-style sushi rolls here, so don’t even ask. 100 West Coast Highway, 2nd floor, Newport Beach, 949-287-6268, sushi-ii.com

Gem was one of the best new restaurants of 2019. Now comes Nếp, the daytime counterpoint. They occupy the same address but embody completely different personas. Whereas Gem serves dinner only (and has been on pause since March, slated to reopen in November), Nep serves daily brunch on the sidewalk. Whereas Gem reveled in cultural fusion, Nep more fully embraces a Vietnamese identity. While equally glam, these are two distinct personalities rolled into one.

Nếp feels like the back-alley version of Gem, more introspective and comforting. Either way, it’s the same crew headed by Chef Viet Nguyen (Vox Kitchen, Sūp Noodle Bar). The menu is limited to only about 10 items a day, and everything I’ve sampled thus far has been terrific. A bowl of handmade dumplings in butter sauce arrives with a still-sizzling marrow bone hanging over the edge. Eggs Benedict get topped with Dungeness crab. There’s something called banh mi chao, which is really just a fancy riff on bo ne, or Vietnamese steak and fried eggs, with a baguette on the side. They also make some of the finest coffee in Little Saigon.

The son of restaurateurs in England, George Barker moved to Orange County from London a few years ago to open a restaurant of his own. He started with a food truck called The Hungry Royal, but he permanently parked it after he found a two-story space in downtown San Juan Capistrano that basically needed to be rebuilt from the ground up.

Everything came together beautifully, a bright and airy space in shades of turquoise and pink. Twelve-foot windows on the front of the restaurant create a breezy warehouse feel, while the backside of the restaurant spills onto a lovely hidden terrace.

To helm the kitchen, he found chef Jayro Martinez, a rising star who until now hasn’t had the right opportunity to shine. Martinez recently cooked at the breakfast spot Ahba in Laguna Beach and before that spent time in the kitchens of Social in Costa Mesa and at 71Above and Mh Zh in L.A.

The menu romanticizes fleeting vignettes of Tel Aviv, Tuscany, Mexico and maybe even a little bit of London’s Southall, not with jarring dissimilarities but rather remarkable continuity. As disparate as the origins of Mayfield’s dishes might be, Barker and Martinez make a very strong case for putting these flavors together.Critic Brad A. Johnson says against all the odds, these are 5 hottest new restaurants to open in 2020.

The corn ribs are a surprising revelation. Sliced from their ears with much of the cob still intact, they are fried and wrinkled and dusted with chili powder. They are astoundingly delicious and highly memorable. Also on the menu: fried chicken dusted with za’atar, whole roasted branzino that conjures visions of the Mediterranean and a delightfully silky pistachio panna cotta.

This is a place where you’ll definitely want to have a drink. The natural wines are compelling, but perhaps even more intriguing are the cocktails by beverage director, Luis A. Del Pozo, who previously worked at Gracias Madre in Newport Beach. He has a way with mezcal. 31761 Camino Capistrano, San Juan Capistrano, 949-218-5140, mayfieldoc.com

It’s hard to recommend that anyone stand in line for two or three hours during a pandemic, but eventually everyone is going to want to take that risk. There has never been a real Texas barbecue joint like this in Southern California, so most people around here have never known what they were missing.

Chef/owner Daniel Castillo smokes his briskets and monstrous beef ribs for 14 hours in two gigantic smokers behind the restaurant. The meat is cloaked in a crusty, peppery bark with a thick ribbon of fat just underneath the surface. You can smell it from the highway.

Although they offer wait-time updates on Twitter, it’s impossible to properly gauge the queue. Some days the line starts forming just after sunrise, with barbecue fanatics bringing their own lawn chairs and umbrellas. Still, on other totally random days, nobody shows up until mid-afternoon.

Beware: About half the people in line don’t bother to wear masks. Also, the kitchen usually sells out of everything by 7 p.m., sometimes earlier. And you don’t want to be that guy at the end of the line when they announce the brisket is all gone. 31721 Camino Capistrano, San Juan Capistrano, heritagecraftbbq.com (They don’t have a phone number.)